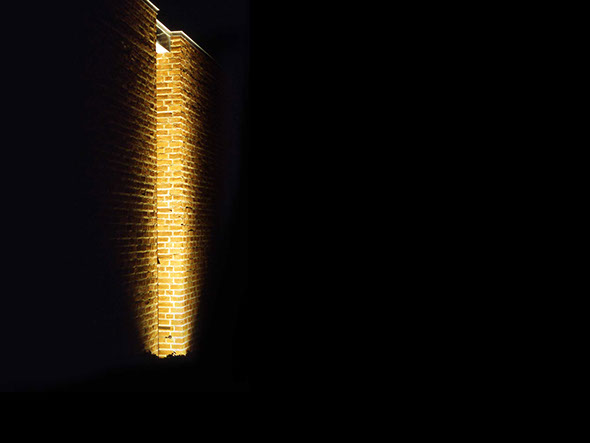 The annual symposium features Hansjörg Göritz as an invited lecturer. Either pigeonholed for a brick architecture label or simply acknowledging a strain of thought and matching materialization being recognized with the 2010 International Brick Award, if it was a mere category it might neglect that true architecture should be contextual. Similar to the Cistercians who never erected a new founding with anything but local stone or brick, from its beginnings three decades ago our studio's impetus still holds to a voluntary commitment to build with local materials. Red brick as an icon of Lower Saxony, northern Germany, Holland, Britain, Scandinavia and Italy remains the palimpsest for minimally modern timelessness, at the same time using straight forward pragmatics in poetic ways embedded in our memories.

A professional audience focusing on making may not dispute a cultural dimension that true monolithic architecture became a pastiche long before codes and norms forced an entire profession into to a mere appearance debate. According to Dieter Hoffmann-Axthelm, 'building in stone is nothing but the Mediterranean shadow of architecture. Arduously northern countries adapted stone, at first, during the Gothic era, the material, then during a delayed Renaissance, as an architectural ideal. Through Classicism its image transversed into the canon of modern architecture. Consequently, protecting its image used up its immanent materiality. The image of stone substituted built stone'.